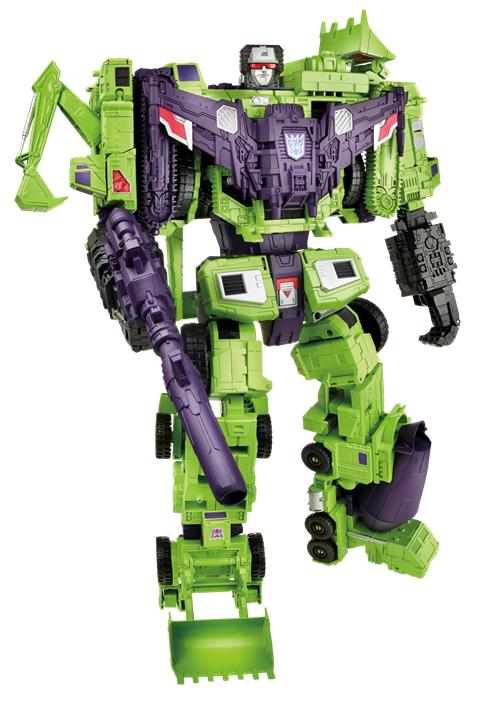 After being leaked through grainy pics during the Nuremberg Toy Fair last January, Hasbro finally revealed their much awaited Combiner Wars Devastator at Toy Fair 2015. Purportedly designed with the help of acclaimed Transformers Masterpiece designer Hasui, this humongous figure is breaming with G1 inspired goodness. It will be available Fall 2015 with a retail price of $149.99.

TRANSFORMERS GENERATIONS COMBINER WARS CONSTRUCTICON DEVASTATOR
(Ages 8 & up/Approx. Retail Price: $149.99/Available: Fall 2015)
TRANSFORMERS GENERATIONS COMBINER WARS figures form some of the largest TRANSFORMERS robots ever seen, and this one tops them all. This mega-pack unites all six of the CONSTRUCTICONS in one place. Each figure is rendered in incredible detail and features impressive conversion from robot to construction vehicle and back. But that’s just the beginning — the six Voyager Scale figures combine to form the ultimate DECEPTICON weapon: the mighty CONSTRUCTICON DEVASTATOR, the largest TRANSFORMERS COMBINER robot figure!

A completely new Evangelion clip from the recently announced Evangelion: Another Impact (Japanese). I’m not sure if this is just a trailer or the short film itself. It’s only about 5 minutes and seems to be complete. More info can be found at Anime News Network. Enjoy. 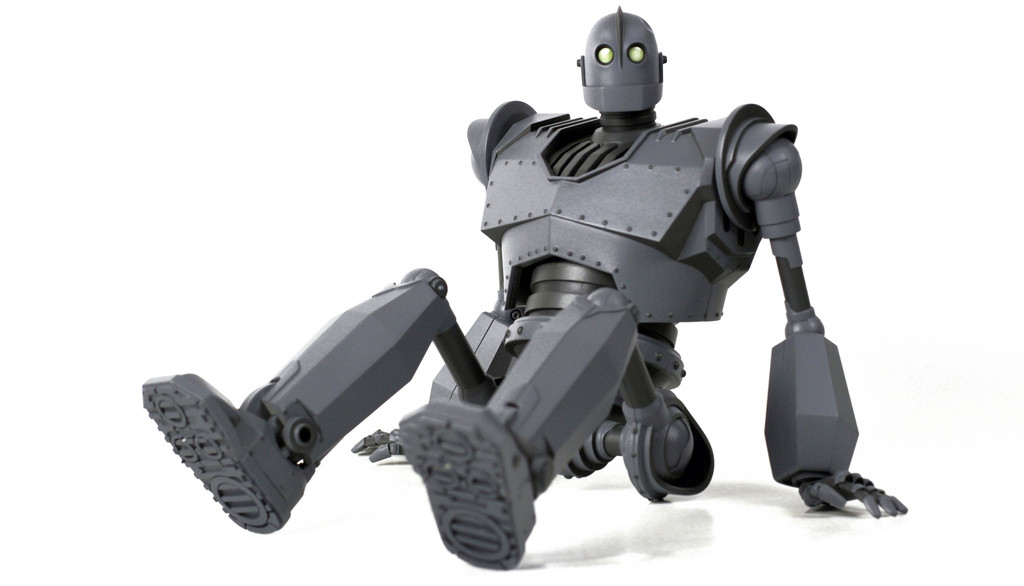